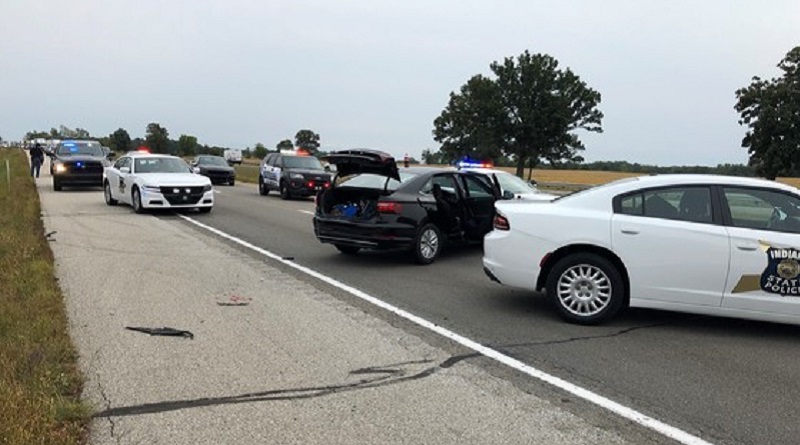 A Louisville man is accused of leading police on a chase through Jackson and Bartholomew counties yesterday.

Indiana State Police are reporting that a trooper noticed a car with no license plates speeding just north of Seymour on Interstate 65 at about 4:30 Wednesday afternoon. The trooper tried to stop the vehicle near the Jonesville exit but instead the driver took off.

Other police agencies joined the chase, which ended when the car hit two state police vehicles north of the Columbus exit.

The driver, 29 year old Derek Smith was taken into custody and found to be carrying two handguns, one of which had been reported stolen out of Louisville. Smith was taken to Columbus Regional Hospital to be checked out before being taken to the Jackson County Jail on preliminary charges of Resisting Law Enforcement in a Vehicle, Possession of Stolen Property, Reckless Driving, and Possession of a Handgun without a Permit.He was also wanted on a warrant out of Lafayette.