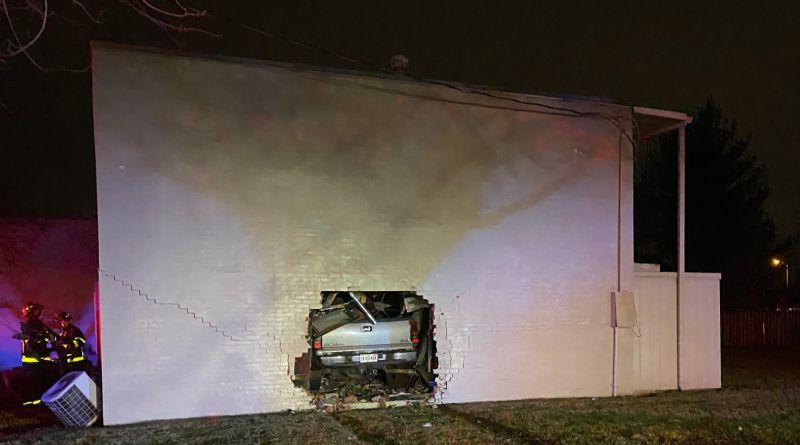 Police say a Columbus man crashed a stolen truck into an apartment early on Thanksgiving morning.

Columbus police officers were called to the crash in the 1500 block of 27th Place at 3:07 Thursday morning and found the truck had plowed through the wall of a vacant apartment all the way to its tailgate, causing a gas leak and a fire.

Authorities found 29-year-old Zachary D. Perry stumbling about in the area. Officers determined that the truck had been stolen from one of Perry’s family members.

He was arrested on preliminary charges of auto theft, leaving the scene of a property damage crash and operating a motor vehicle while intoxicated.