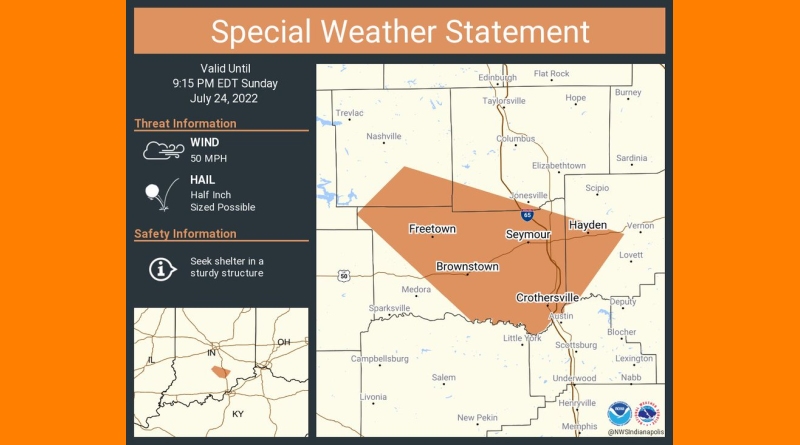 According to the National Weather Service in Indianapolis:

At 822 PM EDT, Doppler radar was tracking a strong thunderstorm 11 miles south of Nashville, or 17 miles west of Seymour, moving southeast at 20 mph.

HAZARD…Wind gusts up to 50 mph and half inch hail.

IMPACT…Gusty winds could knock down tree limbs and blow around unsecured objects. Minor damage to outdoor objects is possible.

This includes Interstate 65 between mile markers 37 and 58.

If outdoors, consider seeking shelter inside a building.

Torrential rainfall is also occurring with this storm and may lead to
localized flooding. Do not drive your vehicle through flooded roadways.

Frequent cloud to ground lightning is occurring with this storm. Lightning can strike 10 miles away from a thunderstorm. Seek a safe shelter inside a building or vehicle.