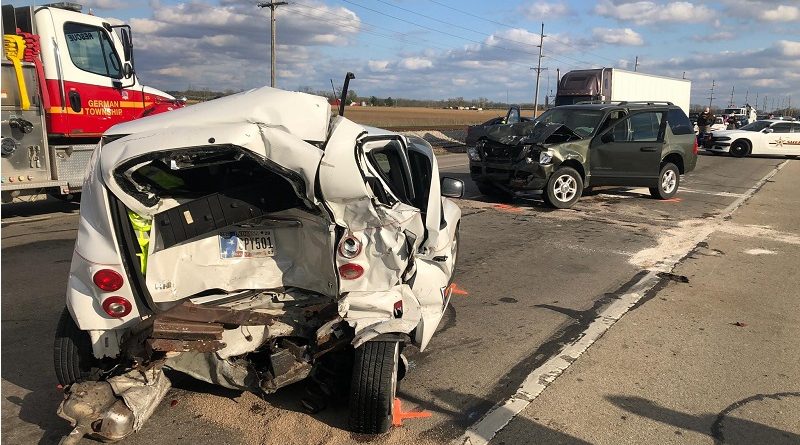 A victim was seriously injured in a crash in northwestern Bartholomew County yesterday afternoon.

The German Township Volunteer Fire Department reports being called out to County Road 550N and U.S. 31 at about 5:15 p.m. Monday afternoon on a three-vehicle crash where one person had been ejected from a vehicle.

One of the victims was unconscious and seriously injured. That person was transported by IU Lifeline Helicopter to an Indianapolis hospital trauma center.

German TownshipDeputy Chief Jacob Goodin stressed the importance of wearing a seatbelt. He said that injuries are much more severe when someone is not wearing a seatbelt. A few seconds spent fastening your seatbelt can save your life and prevent serious injury.