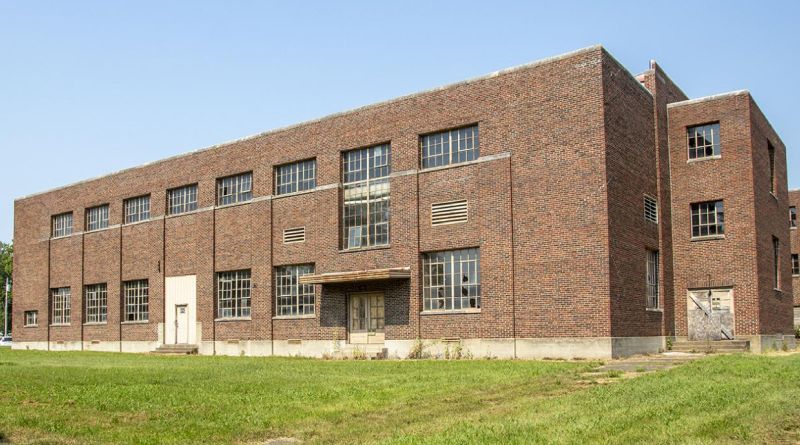 An aging school gymnasium in Seymour has been listed as one of the most endangered historic places in Indiana by Indiana Landmarks.

The preservation group released its Top 10 list of endangered places yesterday, including the James M. Shields Memorial Gymnasium on Fifth Street in Seymour.

The gymnasium was built in 1941 by the federal Works Progress Administration next door to the 1910 high school. It could hold 3,500 fans and was used by Seymour schools until 1981. The buildings were then used by Indiana Bible College for a few years before falling into disrepair. It was purchased in 1996 by local businessmen, who repaired the leaking roof.

However, the building has been continuously damaged by vandals including a 2018 fire that destroyed part of the bleachers.

The building is part of the Walnut Street Historic District.

Indiana Landmarks releases the list in the hopes of educating communities, advocating for the buildings and stimulating efforts to renovate and revitalize historic structures.