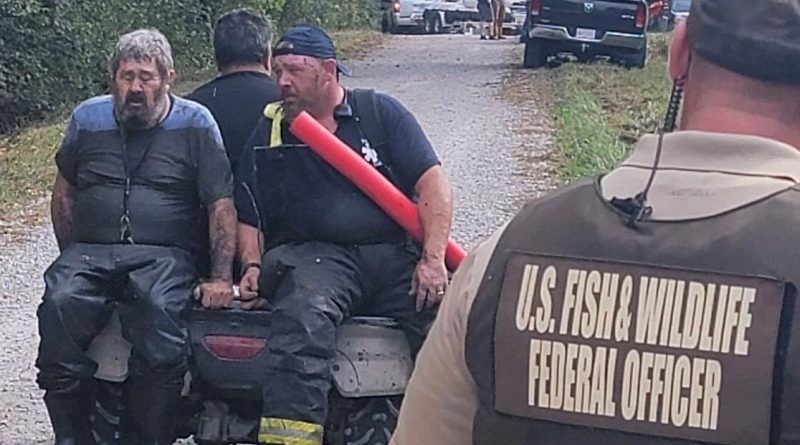 A Seymour man was rescued Saturday after getting stuck in waist-deep mud during a hunting trip.

According to reports from the Indiana State Police, 63-year-old James Cole called authorities for help from the Muscatatuck Wildlife Refuge at about 10 Saturday morning , saying that he had become separated from his grandson while they were hunting in the area, and he got lost. Cole entered a swamp and became stuck.

Rescuers soon found the grandson and entered the woods to find Cole. They heard him calling for help and located him nearly a mile from the road. They found him stuck in the mud, with the swampy terrain and thick vegetation making it hard to get him out.

Rescuers used logs and sticks to create temporary bridges to be able to get close to Cole. With the assistance of Cole’s grandson, officers were able to get a rope to Cole and then were able to pull him out of the mud.

Cole was treated by medics at the scene. Although he was exhausted, Cole was uninjured.