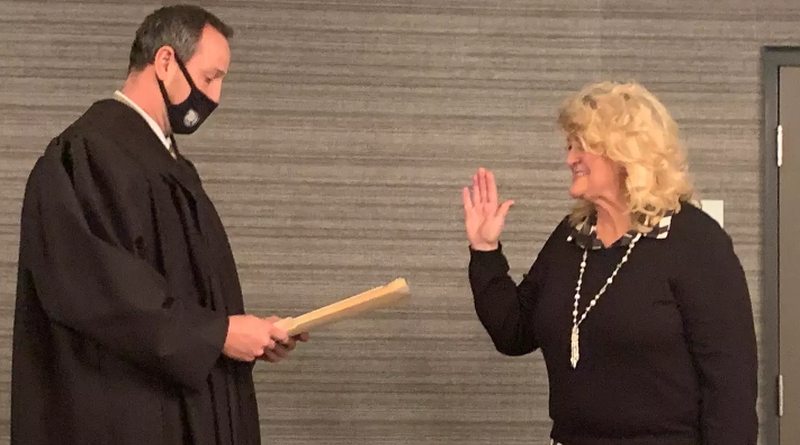 Bartholomew County has a new county clerk. A caucus of Republican precinct committeemen chose Shari Lentz for the position on Saturday.

She will fill the rest of the term of Jay Phelps, who has accepted a position with the Indiana Secretary of State’s office as director of elections modernization, administration, and special projects.

Lentz is the wife of Bartholomew County Councilman Bill Lentz. She began working on elections 13 years ago recruiting poll workers. She has worked in the clerk’s office for eight years, most recently as elections supervisor under Phelps.

She is serving this year as president of the Indiana Voter Registration Association.

Lentz was the only candidate and she was sworn in Saturday by Superior Court Judge Jon Rohde. She will serve to the end of Phelps’ elected term next year.