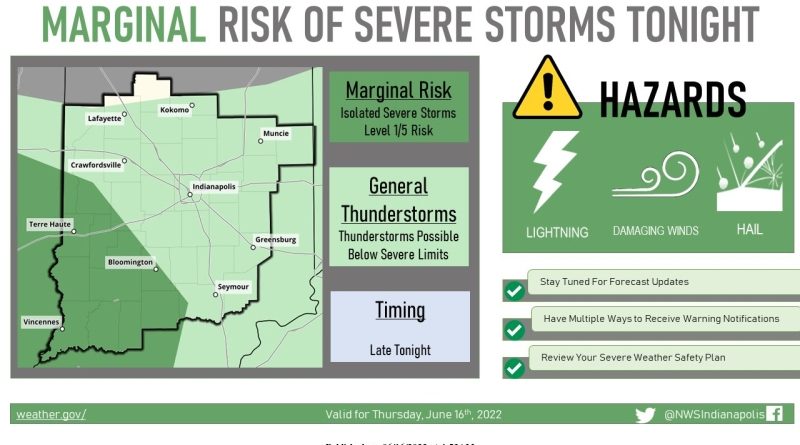 The National Weather Service in Indianapolis has issued a heat advisory until 9 tonight, with projected heat indexes of up to 103 in some parts of Indiana.

High temperatures across the area will be in the mid 90s but they are no longer record-breaking. According to weather records, the average temperature for June 16th in Columbus is 85 degrees, with the highest recorded temperature of 100 set in 1913.