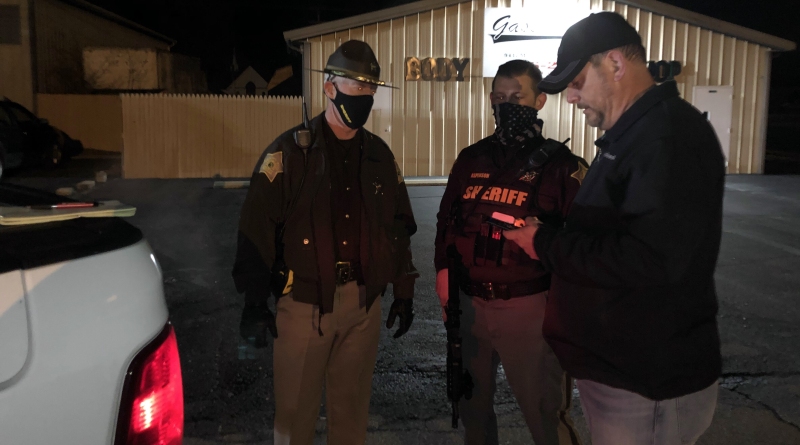 Sheriff Matt Myers says that deputies were called to the 9400 block of Main Street in Taylorsville at about 5:32 yesterday morning .

Deputies found Justin Black who had a bullet wound to his stomach. He was first taken to the German Township Volunteer Fire Department station and treated by firefighters there until Columbus Regional Hospital paramedics arrives. Firefighters set up a helicopter landing zone at Taylorsville Elementary School and was then flown by Lifeline helicopter to an Indianapolis area hospital for treatment.

The suspected shooter was detained and the weapon was secured. Myers said there was no threat to the public and several streets were closed while the shooting was being investigated. German Township firefighters made their station available to investigators to keep warm, according to the department.

Myers said his department was in close contact with school officials and school resource officers so they knew it was safe for students to arrive at Taylorsville Elementary School.

Myers commended Deputy Sgt. Jarod Aspenson who was the first on the scene for securing the location, getting aid to the victim and getting the situation under control.