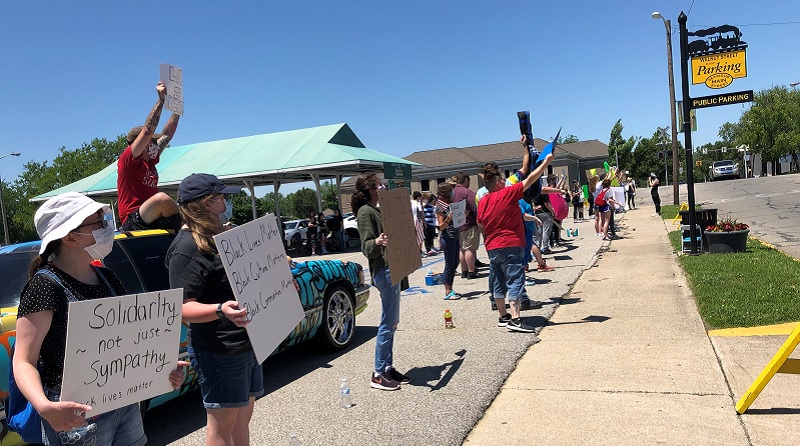 People from Seymour and the surrounding areas gathered Monday and Tuesday to hold an organized, peaceful, protest against the death of George Floyd while in police custody in Minneapolis.

The death that has shocked and captivated the nation over the past few weeks.

The protest was held as a combined effort between the Seymour Police Department and local organizers who sought to not only show their support for the Black Lives Matter protest movement, but to also show the local communities that peaceful protests are possible and not all protests end in violence or destruction.

Mercedes Seniours, one of the original organizers for the protest explains why she believes the peaceful protest was necessary.

Chelsie Davis, one of the protests organizers had this to say about working with the police who approached them about helping out their planned protest.

Seymour police officer Jeremy Helmsing had nothing but praise for the protestors and event.

Even though the event was planned and held peacefully, there were still threats and counter-protestors against the event.

Chelsie Davis, had this to say about a pedestrian who disagreed with their protest:

Despite protests that have turned violent and destructive over the past week, Protest Organizer Kaitlyn Lowry hoped that their positive demonstration showed local areas that protestors working with police for the greater good is possible.

The protests were held at the Seymour Farmers market located downtown Seymour on North Walnut Street on Monday and Tuesday.