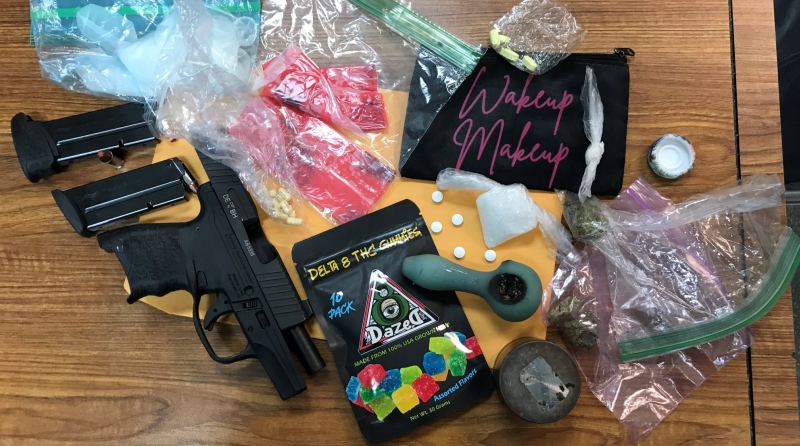 Indiana State Police arrested a Bowling Green, Kentucky man on drug and weapon charges during a crackdown on dangerous holiday driving over the weekend.

According to police reports, a trooper stopped a vehicle on Interstate 65 just south of the Jonesville exit at about 11 a.m. Saturday morning for a traffic violation. The trooper grew suspicious and after more troopers arrived on scene, a search of the vehicle recovered 15 grams of suspected methamphetamine, 8 grams of suspected marijuana, THC gummies and fruit rollups, drug paraphernalia, prescription medications, and a 9 mm handgun.

40-year-old Stephen Richards was arrested on felony charges of Dealing over 10 grams of Methamphetamine and Dealing Methamphetamine with a handgun, as well as misdemeanor charges for possessing a controlled substance, a legend drug and drug paraphernalia.