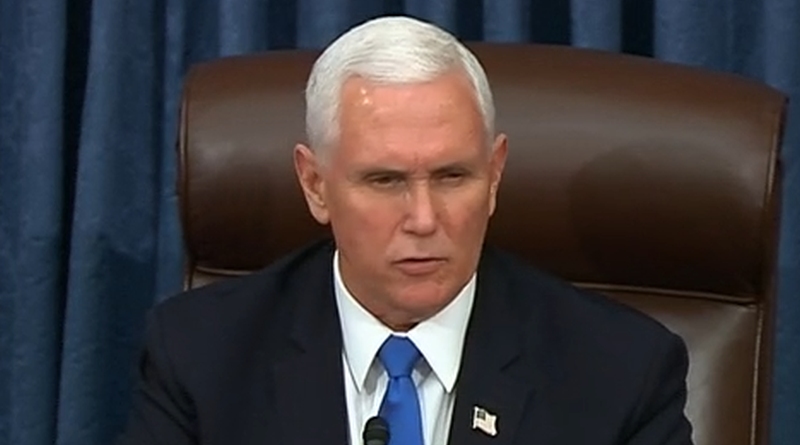 Former Vice President Mike Pence’s security detail made phone calls to say goodbye to loved ones during the January 6th attack on the U.S. Capitol.

An unidentified White House security official said that the threat brought by rioters was so severe, security began to fear for their lives when the crowd got close to Pence, a Columbus native.

D.C. Metropolitan Police Sgt. Mark Robinson testified to the January 6th House committee that he heard units saying there were some rioters who were armed. The security official went on to say that they were apparently preparing to use lethal force to defend themselves.

Rioters were heard saying that they wanted to find and hang the vice president.

The House committee investigating the attacks says that it took former President Trump around three hours to take any action to try and put an end to what was going on. The committee presented evidence and testimony from witnesses with firsthand knowledge that he watched the events on TV, waiting hours before trying to quell the violence.

The former President’s one-time deputy national security adviser, Matthew Pottinger, said he was disturbed that day by a tweet sent by Trump saying Pence, didn’t have the “courage” to overturn the election. Pottinger testified to the House committee investigating the attacks: