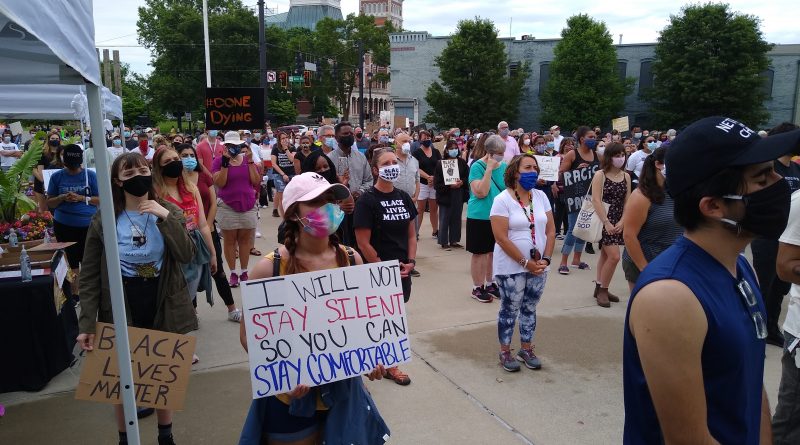 First they marched around the Bartholomew County Courthouse. Hundreds of supporters of Black Lives Matter and racial justice then crossed over to City Hall to rally for the cause. Many carried signs, including those recognizing African Americans who have died at the hands of police.

City officials estimate that up to 700 people took part in the Solidarity rally organized by the Bartholomew County NAACP and the African American Pastors Alliance.

Olisa Humes, head of the local NAACP, said she was grateful to the crowd, which filled the City Hall steps, lawn and Washington Street, spilling out across Third Street. She said that her heart was full because the community showed that it cares.

Bartholomew County Sheriff Matt Myers came out strongly against the actions captured on video in Minneapolis with the death of George Floyd.