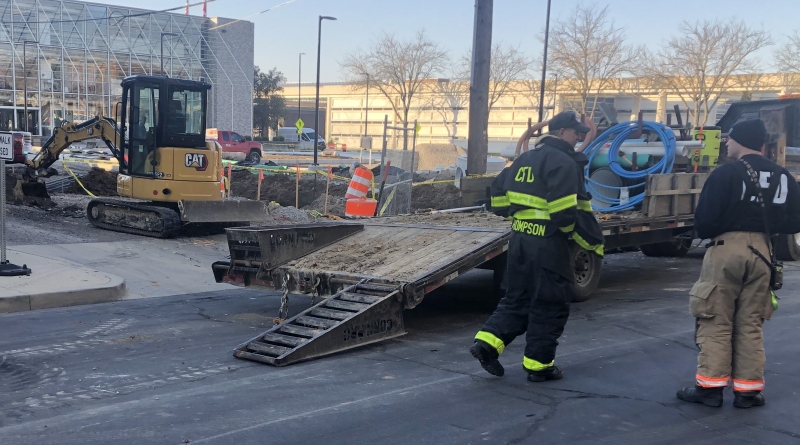 Businesses and homes were evacuated Thursday morning after a crew struck a gas line in downtown Columbus.

According to reports from the Columbus Fire Department, firefighters were called to the scene in the 600 block of Jackson Street, where crews were working on a vacant lot between Washington and Jackson. The ruptured one-inch line provided natural gas to several businesses on the east side of Washington Street.

Residents and occupied businesses were evacuated.

Centerpoint Energy arrived shortly afterwards, isolated the leak and stopped the flow of gas. Firefighters and the Centerpoint Energy crew used gas measuring devices to check inside nearby buildings and used fans to ventilate affected businesses before people were allowed back in.

Firefighters were on scene for about an hour.