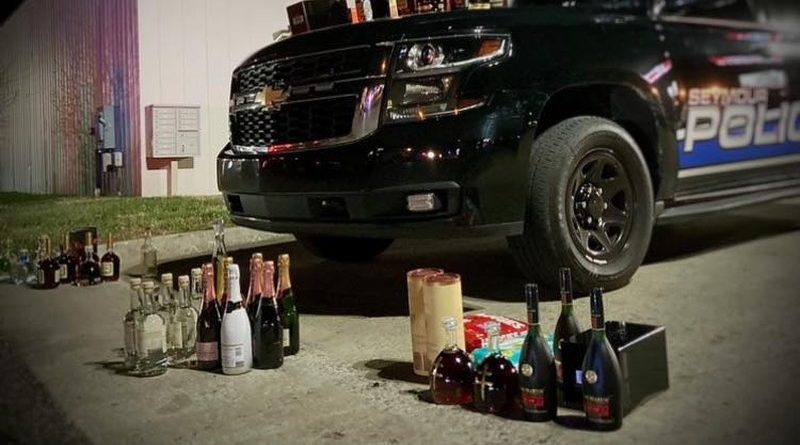 Four people have been arrested in Seymour, accused in a wave of thefts from liquor stores.

According to Seymour Police Department reports, police began receiving reports of the thefts starting at 7:55 pm. Tuesday evening from Northside Liquors and again, shortly after 8 p.m. at Vicks Liquors. Police say that they realized the thefts were being made by the same suspects, and began looking for the vehicle, a silver car without registration.

Police found the vehicle in the parking lot of Busy Bees Liquors. While talking with the suspects, police received another call of items stolen from a nearby pharmacy.

Inside the vehicle, police found 55 bottles of alcohol, worth more than $3,300. After being processed, they were returned to their stores.