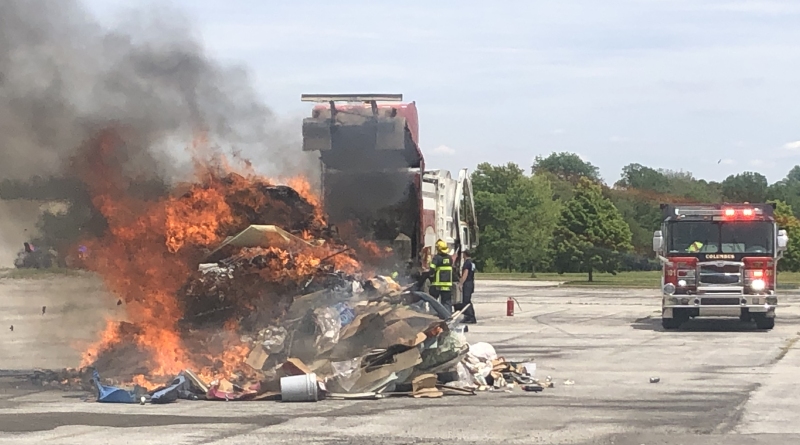 A flaming trash truck dumped its load in the AMC Theatres parking lot yesterday afternoon, according to Columbus firefighters.

The incident was reported at about 2:40 p.m. on Creekview Drive, where firefighters found a Rumpke truck that was still on fire after dropping the burning load of trash into the vacant parking lot. Firefighters climbed onto the truck and extinguished the fire in the truck’s compactor before putting out the flaming trash outside.

The driver said that they noticed smoke coming from inside the truck about a mile down the road and looked for an empty spot to drop the load, settling on the theater parking lot.

The Columbus Department of Public Works assisted on the scene with a front-end loader.

Damage to the truck is believed to be minor.