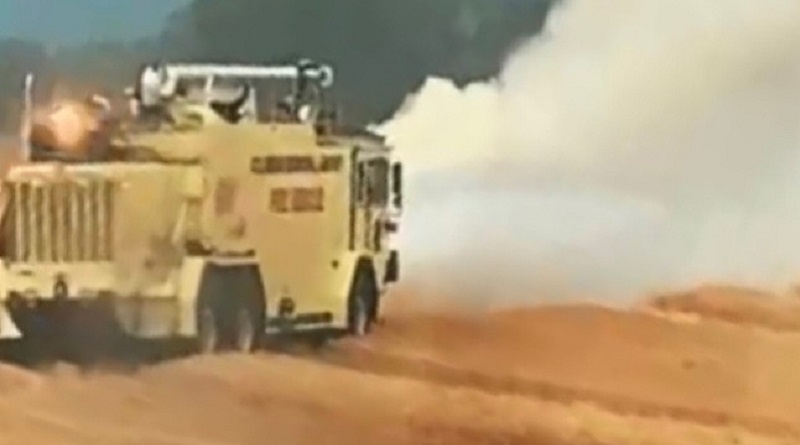 Lightning sparked a fire Tuesday night in a field at Columbus Municipal Airport.

Columbus firefighters were called to the scene of the fire near County Road 450N and Marr Road at about 8:20 Tuesday evening after air traffic controllers noticed the blaze. The lightning had sparked a fire about 25 yards wide in a field of straw, just east of the airport runways.

Fire Station 2 at the airport sent a standard fire truck and an airport rescue firefighting crash truck that has special capabilities to combat the field fire. Capt. Mike Wilson, spokesman for the fire department, explains that the crash truck can operate off road, has a large 3000-gallon-water capacity and can pump water while moving.

The crash truck quickly reached the fire and put it out, Wilson said.