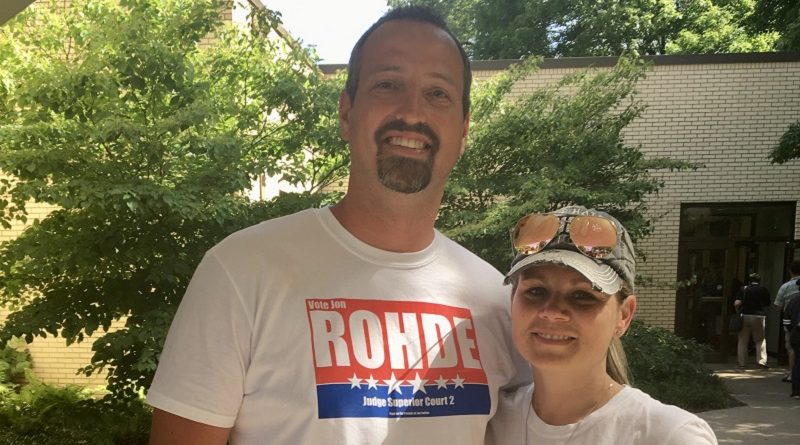 In the unoffficial vote totals in today’s Bartholomew County primary election, the Bartholomew Consolidated School Corp. referendum has won approval with 61.3 percent of the voters giving their nod.

Tony London has won the the race for County Commissioner District 3 on the Republican ballot with 42.5 percent of the vote, pulling ahead of Dan Arnholt who led for much of the night’s vote tallies.

County Council at-large incumbents Bill Lentz, Matt Miller and Evelyn Pence have won the race for the Republican nominations for those three seats, over four other competitors.

On the Democratic side, Dale Nowlin has won the race for the State House District 59 spot with 55.2 percent of the vote. He will challenge Republican State Rep. Ryan Lauer again for the fall election.

According to the count from the Bartholomew County clerk’s office, 8,310 people cast their vote by mail-in ballot, with 2,011 voting early at Donner Center last week and Monday. 6,322 cast ballots today at one of the eight Bartholomew County vote centers, which gives a voter turnout of just over 32 percent.