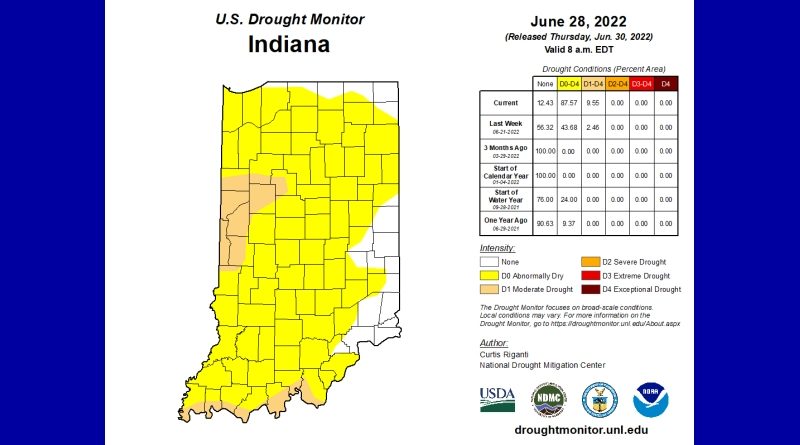 Drought conditions have spread into our area with abnormally dry weather through June.

Last week, the National Drought Mitigation Center declared most of eastern and central Indiana as being under the D0 drought condition, the lowest level of drought intensity. Meteorologist Alexander McGinnis with the National Weather Service explains:

McGinnis says that drought conditions can range from D0 to D4, with far western and southern Indiana under the D1 category.

McGinnis says that some parts of Indiana have only received 1-2 inches of rain through late June, while Columbus received almost 3 and a half inches of rain in June and North Vernon received just under three inches. However that is still more than 2-3 inches lower than normal.

It was drier here in 2016 and 2020 and he said we are still not seeing the levels of drought last seen in 2012. That year was one of the five worst drought years on record.