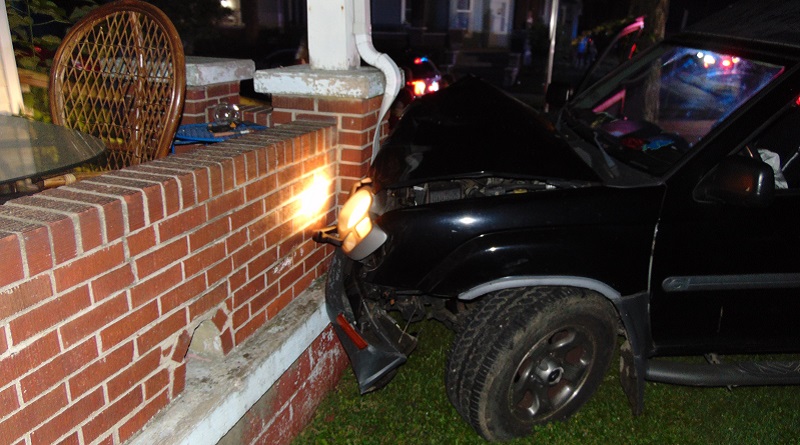 A wanted man crashed into a home while trying to flee from Columbus police Tuesday night.

According to police reports, officers tried to stop an SUV in the 1100 block of Pearl Street at about 11:40 Tuesday night, but the driver raced away, running a stop sign and striking another vehicle near 8th Street and Hutchins Avenue. The driver then crashed into the front porch of a home in the 700 block of Hutchins Avenue.

Occupants of the fleeing vehicle then ran away, but police caught the driver, 38-year-old Melvin G. Foree of Columbus.

He was arrested on preliminary charges of leaving the scene of an accident, resisting law enforcement, reckless driving and driving while suspended with a prior conviction. He was also found to have an outstanding Bartholomew County warrant.

The occupants in the second vehicle were uninjured and the crash caused minor damage to the home.