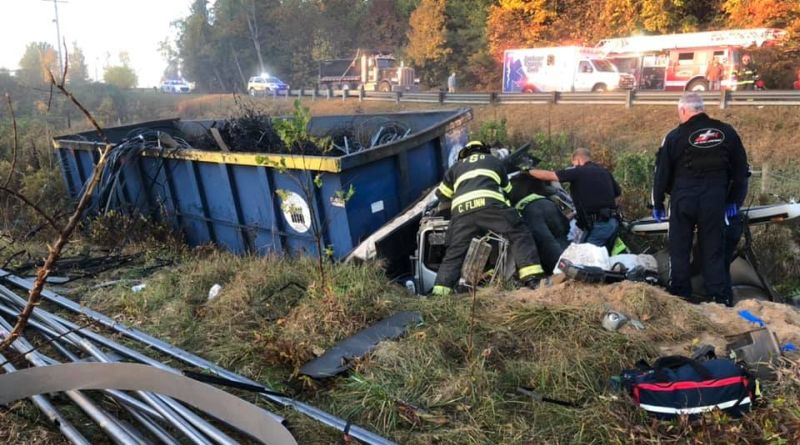 Indiana State Police are calling a driver’s escape from a crash near Seymour on U.S. 31 Wednesday miraculous.

Sgt. Stephen Wheeles with the state police says that 62-year-old Terry Marshall of Seymour was driving a truck for Kroot Transport shortly before 7 a.m. on U.S. 31 near Jackson County Road 1110E Wednesday morning when the truck left the east side of the road. It traveled about 200 feet off the road before striking an embankment, crushing the cab of the truck.

Marshall was trapped in the wreckage for more than an hour before he could be rescued. Wheeles said Marshall was flown to an Indianapolis hospital by IU Lifeline helicopter for treatment of his injuries, which are believed not to be life threatening.