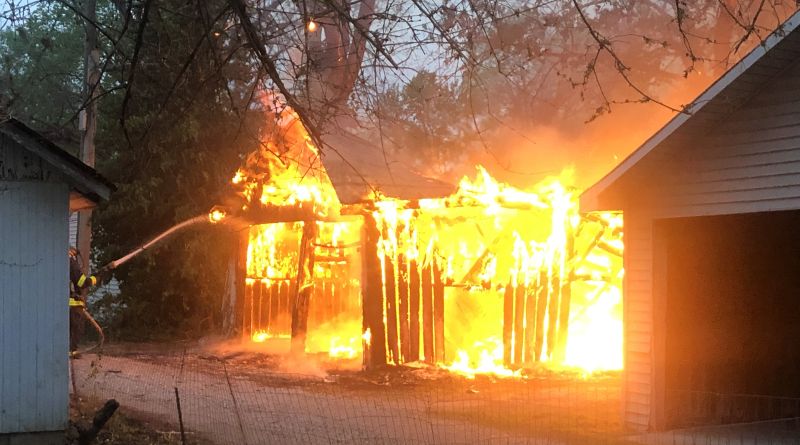 A garage fire near Eighth and Union Streets Wednesday morning ignited a second garage fire, damaged a passenger car and melted siding on nearby structures.

Columbus firefighters were called to the 1100 block of Eighth Street at about 6:45 a.m. Wednesday morning on a report of a structure fire and found a standalone garage off of Union Street fully engulfed in flames. The fire was so hot that it ignited a garage across the alley off of Eighth Street, and damaged the siding on three neighboring homes as well as a garage. A car next to the garage also went up in flames.

Complicating efforts to fight the fire were downed power lines in the area.

Firefighters had the fire under control within about 10 minutes. The cause of the fire is under investigation and damages are estimated at $23,000, according to the fire department. No one was injured.