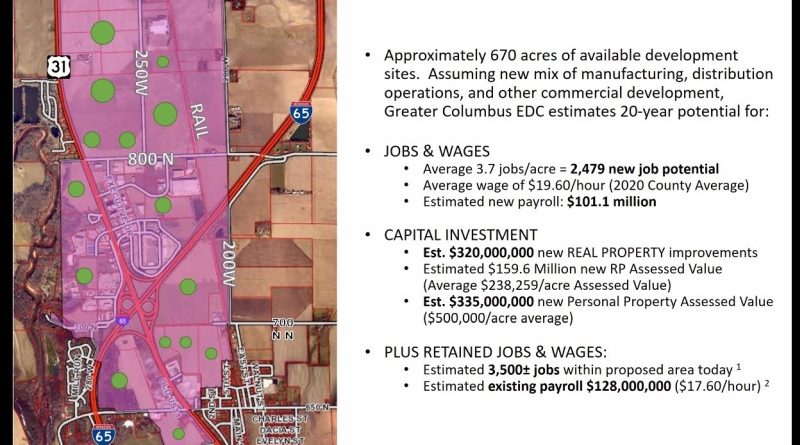 The Bartholomew County Council took another step to lure business development to the northwest corner of the county, in an area being called the county’s northern gateway.

The Greater Columbus Economic Development Corporation asked the council to start the process to declare the area an economic revitalization area, which if approved would allow the council to offer tax abatements on new development in the area. The boundaries of the new area would be from roughly County Road 900N at the north end to
Larae Drive on the south and would encompass areas on either side of U.S. 31 around the intersection with Interstate 65.

Jason Hester, president of the development agency, said that having the ability to give tax abatements would be another tool to encourage businesses to relocate to Bartholomew County or to expand existing operations. Under a tax abatement, property taxes are phased in, normally over 10 years, on new equipment and building improvements, instead of being due all at once.

He estimated that if the area is ever fully developed, it could add almost 2,500 new jobs and $320 million in project development over the next 20 years.

The Council gave its initial approval for the new revitalization area. Before giving final approval, the council would have to hold a public hearing, which is tentatively set for June 29th, with final approval coming in July.