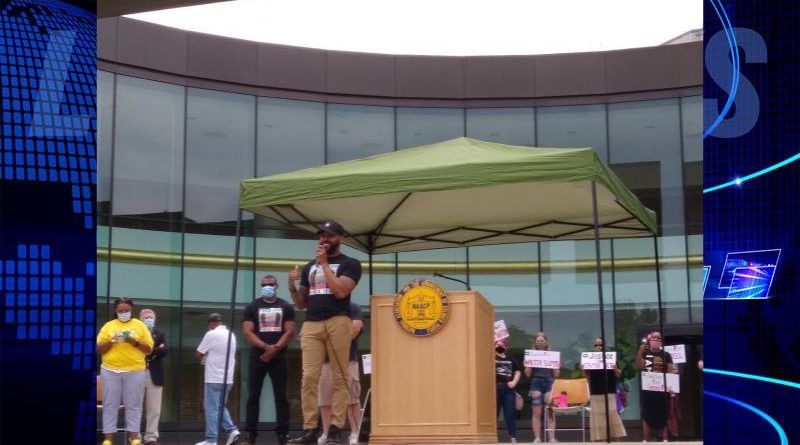 Columbus city officials say that the groundwork laid years ago between the city and its minority communities has helped the city in today’s landscape.

Last Thursday, hundreds of residents turned out for a Solidarity Rally on the steps of Columbus City Hall, calling for the nationwide end of police brutality and racial inequality. But all of the speakers said there were good local relations between police and their community.

Mary Ferdon, executive director of administration for the city says that in 2017 city officials worked with local African American groups to create a police review board. The city revamped an existing committee called the audit and review committee for the new purpose.

Aida Ramirez, director of the Columbus Human Rights Commission said that the review board allows people with a complaint to know that they are being heard.

Ramirez said that it is easy for file a police complaint. Forms are available online, at the police department and in the Human Rights office in City Hall. She said anyone who needs help or has questions can contact her office at 812-376-2532.

Ramirez says that her department was formed in response to inequalities in the 1960s, one of the first such organizations in the state. The Human Rights Commission also investigates local cases of discrimination in housing, employment , education, public accommodation or credit.

You can get more information on the Columbus Human Rights Commission here.