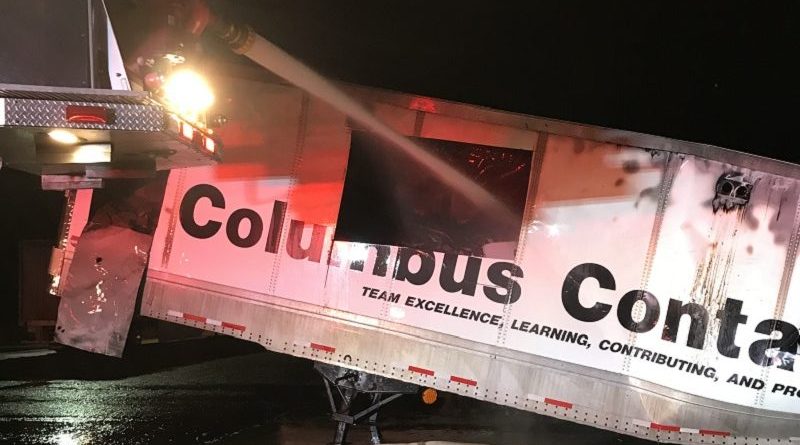 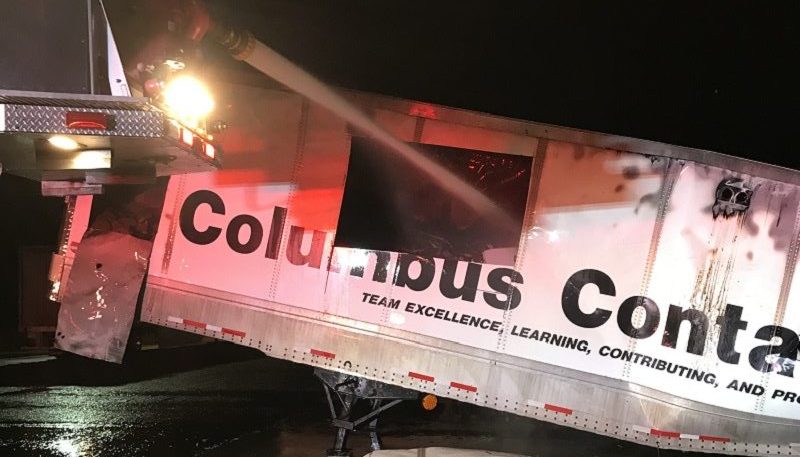 Workers at Columbus Container in the 3400 block of Commerce Drive called for help at about 11:41 p.m. Wednesday night after a semi-trailer at the company’s loading dock was found to be burning. Crews had been cutting and loading cardboard into the trailer when they noticed the fire.

Firefighters said heavy smoke was coming from the fire when they arrived. And the roof and floors of the semi trailer were heavily damaged, making it hard to reach all of the burning cardboard. Firefighters cut openings in the trailer, so water could be sprayed inside. All told, firefighters were on scene for about four and a half hours.

The building had minimal damage because of the sprinkler system, however some rolled paper in the loading dock did receive some water damage. No estimates are available of damages and no one was injured.