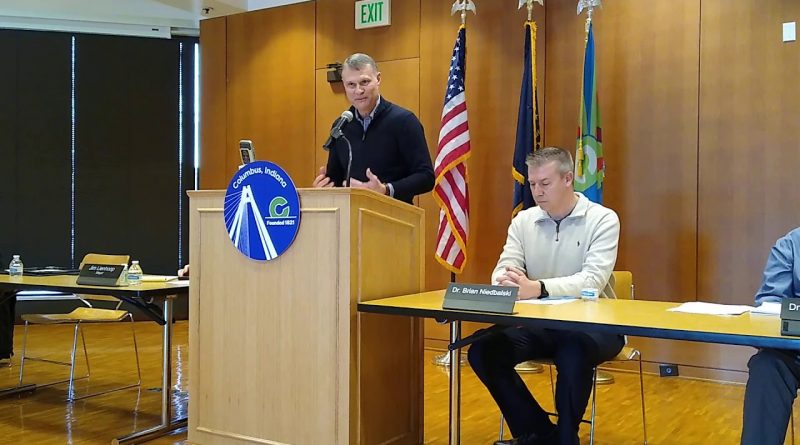 That’s from the local coalition addressing the coronavirus COVID-19 pandemic. The coalition held a press conference this afternoon at City Hall.

Dr Jim Roberts, BCSC superintendent, said that the school district would not be having in-school teaching through at least April 6th. Instead, after the end of spring break classes will be held through e-learning. All students were sent home with portable electronic devices when they left for spring break, he said.

The school district will be looking at ways to assist students who do not have home internet connections, and those who rely on school meals.

Mayor Jim Lienhoop said that the city would still hold essential government meetings, but would close local government facilities to outside groups that normally meet there, including meeting spaces in Donner Center, City Hall, The Commons and Fair Oaks Mall. City offices will still be open to the public to conduct business.

Bartholomew County Health Director Dr. Brian Niedbalski stressed that there have been no positive tests in the county although two people have been tested so far. Statewide 12 people have tested positive out of 73 tests that have been completed, according to the state health department.