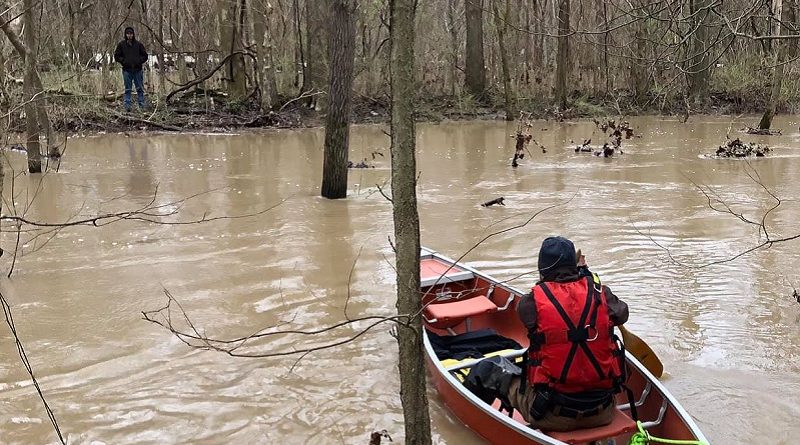 The Bartholomew County Sheriff’s Department is reporting details of two water rescues over the weekend.

Sheriff Matt Myers says deputies and firefighters were called to the 700 block of Jonesville Road at about 3:52 a.m. Saturday morning on a report of a passenger car stalled in the water. Rescue workers saved two people from the vehicle and they were released after being checked out by Columbus Regional Health paramedics. The driver received a citation, Myers said.

The second incident was at Owens Bend Park at about 9:15 a.m. Saturday morning, when a man called to report that he was at the park on County Road 550N and cut off by high water. The county water rescue team arrived and Capt. Chris Roberts went out in the canoe, with a rope attached, and brought the man to safety. He was taken to Columbus Regional Hospital to be treated and evaluated.

Myers said he wants to remind everyone to never drive into waters over the roadway. “Turn around – don’t drown.”