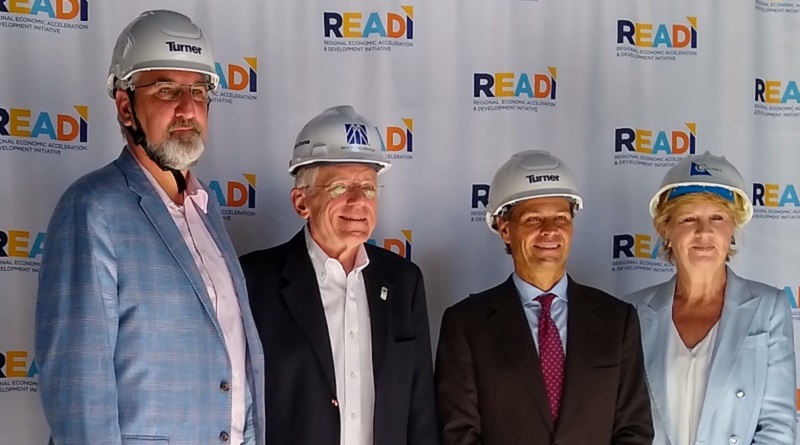 Local, state and regional officials celebrated at NexusPark, the former Fair Oaks Mall, in Columbus this morning as the state recognized the kickoff of its READI grants initiative. The project is receiving $6 million dollars from the state program.

The joint project between the city of Columbus and Columbus Regional Health is transforming the former mall, into a center for health, wellness and recreation. The event took place in the west side of the former mall, near where Carson’s once operated. Gov. Eric Holcomb, Secretary of Commerce Brad Chambers, Mayor Jim Lienhoop, Hospital CEO Jim Bickel and dignitaries from neighboring communities were on hand to celebrate the project.

Lienhoop said the state money will allow for additional parks and trails amenities, as well as child care facilities.

The READI program, or Regional Economic Acceleration and Development Initiative, will be announcing how it will distribute the first $200 million dollars by the end of July, and the rest of the $500 million by the end of the year.

Columbus Regional Health is putting more than $40 million dollars into its side of the project, while the city expects to spend a similar amount on the east side of the former mall, including the construction of a fieldhouse.