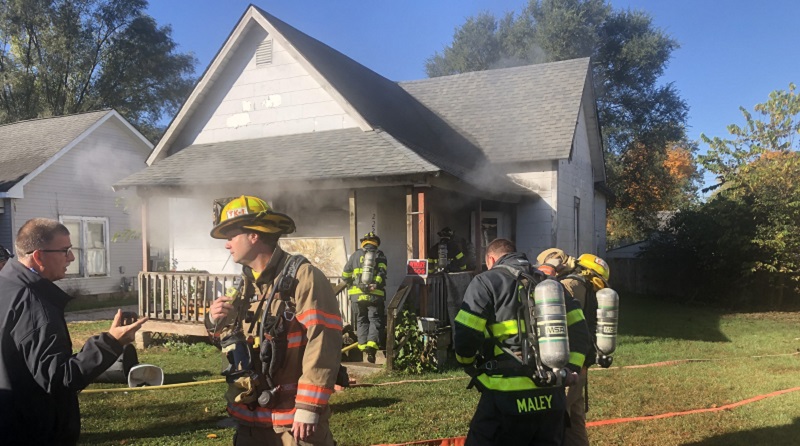 A home fire on the east side of Columbus displaced a family this morning.

A resident told Columbus firefighters that he had been working on a vehicle outside the home in the 200 block of Jones Street .When he went back into the home, he noticed a fire in the bedroom. He attempted to put it out with a bucket of water but it continued to burn. He grabbed the family’s two dogs and called 9-11.

Firefighters arrived at about 10:05 a.m. this morning to find black smoke coming from the front of the home. Inside, they found heavy smoke and high heat. After dousing visible flames they overhauled the interior and used ventilation fans to remove smoke from the home.

The fire remains under investigation. No injuries were reported. Damages to the home and contents were estimated at about $4,000. No working smoke alarms were found inside.

The Salvation Army is providing emergency assistance with shelter for the family.