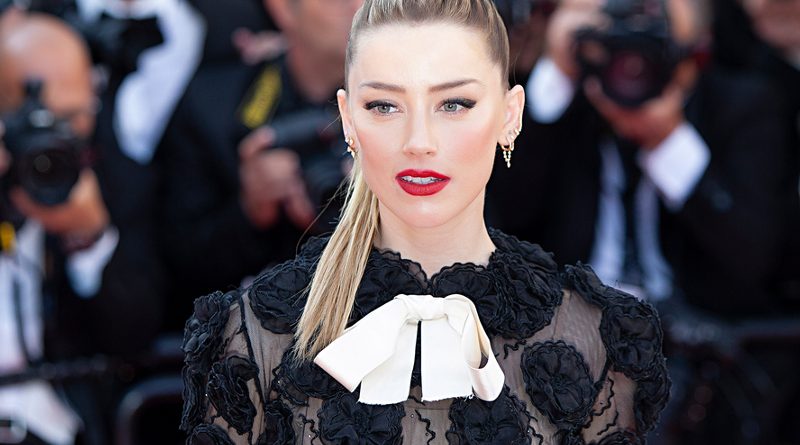 AMBER HEARD TALKS BEING ‘THE MOM AND THE DAD’: Actress Amber Heard shared a photo of herself and her baby girl Oonagh, writing: “I’m just the mom and the dad. She’s the boss.” Heard shared the news of her new addition on Instagram earlier this month.

SPIKE LEE SPILLS THE BEANS: Julia Ducournau’s Titane, a horror thriller won the Palme d’Or at the Cannes Film Festival. The win was mistakenly announced by jury president Spike Lee ahead of time. “I have no excuses,” Lee told reporters afterward. “I messed up. I’m a big sports fan. It’s like the guy at the end of the game who misses the free throw. I messed up. As simple as that.”

BLAKE LIVELY DETAILS FRIGHTENING ENCOUNTER: Blake Lively is responding to a tabloid that published shots of her and Ryan Reynolds’ three children. She wrote: “My children were being stalked by a men [sic] all day. Jumping out. And then hiding. A stranger on the street got into words with them because it was so upsetting for her to see.” She added: “Do you do background checks on the photographs you pay to stalk children? Where is your morality here? I would like to know. Or do you simply not care about the safety of children?”

ISAIAH STOKES INDICTED: Law & Order and Empire actor Isaiah Stokes has been charged with murder in the second degree, and two counts of criminal possession of a weapon. He was indicted for the February murder of Tyrone Jones, People reports, citing the Queens District Attorney’s Office. He was arraigned Friday; his next court date is set for July 19th. If convicted, he faces 25 years to life in prison.

JENNIFER LOPEZ AND BEN AFFLECK HOUSE-SHOPPING? Jennifer Lopez and Ben Affleck are continuing to rev their romance engines. The pair were spotted visiting a $65 million manse in the Holmby Hills neighborhood of L.A. The home is 31,000 square feet and features 8 bedrooms, 12 bathrooms, a bowling alley, gym, wine cellar and movie theater. A source recently told Us Weekly they’re planning on moving in together.

JENNA FISCHER TALKS BEING FIRED: Jenna Fischer is opening up about being fired after shooting a pilot for Man With a Plan because test audiences didn’t “believe Pam would marry Joey.” The 47-year-old said her Office character and Matt LeBlanc’s character on Friends were too associated with the actors themselves. She told the Office Ladies podcast: “The first thing I said was, ‘Is [Man with a Plan] not getting picked up?’ And they said, ‘It’s worse than that, hun.’ And I was like, ‘What’s worse than that?’ They said, ‘It’s getting picked up, but without you.’ And I was like, ‘Wow, I guess I’ll unpack my suitcase.'”